Not so long ago I attended a rather unusual weekend event. It took place in LA, with some very distinguished guests. All with a heavy tech presence, including founders of Google, Tesla, to name a few.

The first day was held at Space X HQ’s boardroom with one of the world’s top genetic engineers. He is named George Church from Harvard. The second day was hosted by Craig Venter, who is also a leading genetic engineer. It also happens to be him who was the first person to sequence the human DNA.

Starting life in the lab

The first day started out as anyone might expect. With Mr. Church sharing lots of impressive details about how he has recently started creating life in the lab from scratch. George then went on to explain the challenges and his concerns about genetic research in the US as the government looks to cut funding.

George’s point about funding cuts certainly was disconcerting. However, what he was about to reveal next made us completely forget about such a serious point. Somebody in the room asked George what his biggest concern of all was, to which he replied…  “Do you really want to know?”…

The revolution of IT

George drew a downward sloping curve on the board behind him. Then he asked us all to recall how the price of computing had dropped significantly from 1950 until today. In 1950, computers were only accessible to government and then over time to large universities. And then large companies, and then small universities, then smaller companies, etc. Then the magic moment happened around 1995 called the “PC revolution” which made computing economically accessible to everybody.

Shortly thereafter, computer viruses were born. The earliest computer viruses had incredibly damaging effects and manage to infect an incredible percentage of computers. What George made us all realize is that the genetic engineering revolution is going through exact same downward price/accessibility curve.

The important point to consider is that genetics is not at all unique in becoming accessible and impactful to the masses. Take Machine Learning, which today can determine among photos of faces not only who is your friend, but also determine our sexual orientations or even political views with surprising accuracy far beyond what any human can do.

Similarly, algorithms can not only tell every song ever published from a short sample. Algorithms can also tell from a human voice if the person is depressed or susceptible to various diseases like Alzheimer’s. It’s not hard to imagine that in the very near future the devices in our homes and offices, will be able to analyze and predict human behavior with shocking accuracy. Just as Facebook can predict months in advance when a couple will split based on behavior patterns, so too will these devices know everything a person will do before they do it themselves.

Predicts Diabetes based on behavior patterns

Of course, there will be very sellable and marketable upsides. Such as predicting diabetes based on the pattern of toilet flushes at night, but we can’t yet imagine the downsides to such innovations. Perhaps it’s not crazy to think that these algorithms over time will be able to decipher human patterns rather completely and reveal us to be nothing more than complex bots ourselves; running a seemingly complex program of behaviors.

In early September I will be hosting, as I do each year, the annual Stockholm Tech Fest. An audience of 5,000 geeks will look at the future of finance, games, artificial intelligence, virtual reality and other topics with wide-eyed optimism, as geeks usually do. I thus struggle with the idea of asking innovators to be cautious or responsible for their innovations. Remember how the CD was a dream come true for the music industry until it was hacked, and in doing so quickly turned the dream into a nightmare.

One of the most important conversations in tech currently is the ethics around Artificial Intelligence, which is great of course, although it’s hard to not feel like we’re whistling past the graveyard. 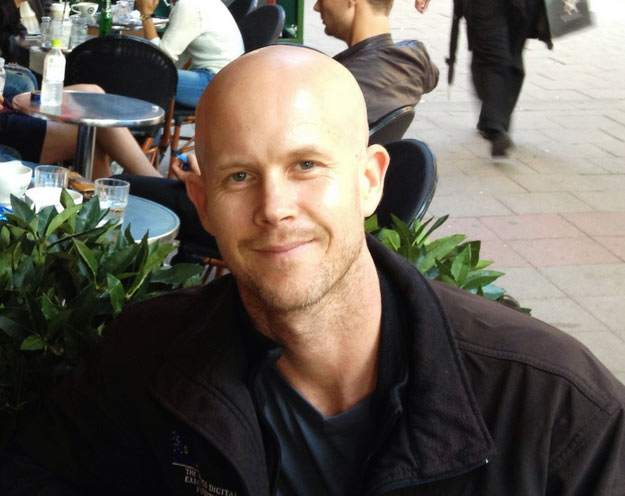