In order to give you the very best experience, we use cookies to help understand how our our articles and content is used. This allows us to give you a personalized experience and to tailor the adverts presented. You can accept the Full Experience, or choose how you want to view the site.
Find out more in our cookie notice.

Many experts have said it before: AI will become the most disruptive technology we have yet encountered. It is surely a future promise; according to Accenture’s report: Reworking the revolution, AI will boost business revenues by 38 percent in the next five years, as well as generate higher levels of profitability and employment.

For some organizations it is still stuff for the future. For others, chatbots and predictive analysis, for example, are already common applications that create value in terms of customer satisfaction and cost efficiency.

Business leaders all around the world know that AI will change their businesses radically, and they are also investing to make it happen. Close to 80 percent of c-level executives say they plan to maximize the potential of AI throughout the organization in the coming 3 years, says Daniel Hjelte, Nordic AI Lead at Accenture.

Companies still have a long way to release this potential, however. The adoption process of a new technology generally follows three stages: exploration, prototyping and industrialization. Many organizations have now reached the second stage but most of the experimentation takes place in silos, where humans and technology work in parallel with each other. Few organizations are embarking on the third stage of industrialization, where applied AI can create new revenue, better business models and innovative products.

This stage of Applied AI goes beyond improving process efficiency, and towards a coalition of humans and machines that will actually create not only an impact on business but also ultimately society, says Daniel.

The predicted boost in revenues due to AI depends on this alliance. However, this will need large investments in reskilling the workforce. 80 percent of the executives might claim they intend to maximize the potential of AI, but at the same time only three percent say that they will increase investments in training programs coming years, according to Accenture’s report. This is a challenge and what is often missed in this equation is the “missing middle”, i.e. the new work created in the intersection of human and machine. This includes both human roles needed to complement AI, e.g. to train, sustain and explain AI algorithms but also new roles where AI is giving humans new superpowers amplifying human core capabilities with the help of AI.

AI is best suited for transactional work and as a tool for human augmentation. Humans, on the other hand, will leverage human core skills as creativity and leadership. They will also take on the role of “trainers”, training AI-algorithms to do even better. So yes, some workforce tasks and roles will disappear, but humans will take on new roles, says Emelie Krantz, experienced AI consultant at Accenture.

But how will this happen if employees today are not given the right training? It will not, says Daniel, unless companies start investing in reskilling activities the potential of AI will remain a future promise.  But investing in training alone is not enough. The true value of AI can only be unlocked when humans and machines work in a true human+machine collaborative partnership.

Organizations today tend to use AI as a tool for doing “old things” in a “new way”. Instead, they should look at AI as less of a technology revolution and more as a business revolution. The nature of AI allows business leaders to redefine their businesses, and the roles of the people working in it. So, invest more in the people that will help you with this, and you will too see the predicted boost in revenue coming years, says Daniel. 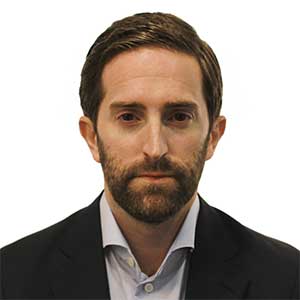 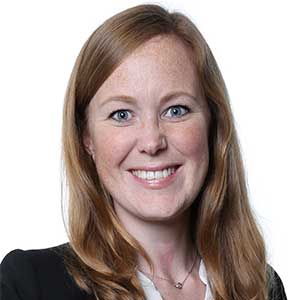